Sounds That Shaped Us: Melodrama by Lorde

You’re fifteen and you tell yourself you’d hate that party. You’d rather spend your Friday night rewatching that 90s sci-fi film and feeling like an intellectual.

Then Lorde’s sophomore album Melodrama comes out that summer. The cover art reminds you of freshly bruised skin: drenched in vivid blues, as if the softest touch would return a sharp pain with all the violence of the initial blow. A concept album that takes place throughout the night of a house party, the album invents brand new sounds to you: heart-racing synths, addictive hooks, and hyper-specific, often melancholic lyrics. “The Louvre” sounds like falling for someone in a way only young people can, obsessively and without care (“I’m just a sucker who let you fill her mind”). “Hard Feelings” tells you that a broken heart lingers over the mundane the most (“But I still remember everything/ How we’d drift buying groceries/ How you’d dance for me”). And you think Lorde wrote “Liability” specifically about you. But who, at fifteen, doesn’t feel just a bit unloveable? Melodrama paints a portrait of a teenager on fire, as “Perfect Places” puts it bluntly, and you start to want it – and you want to fall into it as easily as everyone else does.

Something finally switches up your senior year and you go to your best friend’s house party, only to spend the night sipping lemon balm tea that you stole from her mom’s tea drawer. You help pick up the ping pong balls for the beer pong players who would fall flat on their faces if they tried to reach down. You wrap blankets around your classmates shivering from the weed they smoked. And you understand just a bit of what it’s like to be a teenager for the first time: it’s your friend drunkenly sobbing over a boy from Santa Clarita, it’s sharing a pot of Kraft Mac & Cheese at 3 AM, it’s your peers snoring on the rug, crouching in front of the toilet, strewn around the house like flickering Christmas tree lights.

You make it to college. Someone finally kisses you in the dark on a rooftop, someone who also loves that 90s sci-fi movie and lemon balm tea, and infatuation takes root in the cracks of your palms like a cancer. The two of you don’t drift buying groceries because you are holding hands inside Ralph’s. You think it might mean something, the way his thumb traces circles across the back of your hand. Falling asleep with your head on his shoulder on the 18 bus, it’s as fluorescent as Melodrama’s “Supercut” describes it; your heart flickers like a neon sign. No song prepares you for the oxytocin withdrawal that follows when it doesn’t work out. Who are you going to share a waffle with now?

As told by Melodrama, being a teenager on the verge of young adulthood is a plasma of visceral feelings and volatility, existing in discrete spaces: backlit by the pulsing lights of a dance floor, reflected in the eyes of a lover, left alone in the dark on your living room couch. At that age, it’s as if every emotional shift from equilibrium, whether it be a violent yearning or a glittering euphoria, brands itself permanently into your skin, on display for the world to see. Is it a weakness or a virtue of youth, to feel so deeply?

Melodrama is approaching its five-year anniversary and you’re turning 20 in a few days. You revisit the album, recalling all the anticipation and longing and insecurity you felt at 15. Surprisingly, growing older hasn’t erased those feelings, but they no longer have you in the chokehold they once did. Sometimes, you even appreciate their company on the quiet weekend nights where it’s just you, your mug of lemon balm tea, and your 90s sci-fi film. Maybe that’s what growing older is.

And after the past five years with Melodrama, you think you understand more than just a little bit of what it is like to be a teenager. It’s in the graceless sway between stagnant apathy and unbounded emotion. It’s in the unreplicable head rush that hits like a beat drop when a crush squeezes your hand for the first time. It’s holding your friends as they crumble over people who don’t want them. It’s falling to your knees for someone who doesn’t want you. It’s pressing hard on those bruised knees and soaking in the grief of your first heartbreak, wondering if it will scar. It’s in the crumpled seltzer cans clanking on the floor, and leaving them there because that is a mess for the next day, not tonight. Tonight you are dancing, and you are on fire.

Tagged as Music Series Sounds That Shaped Us 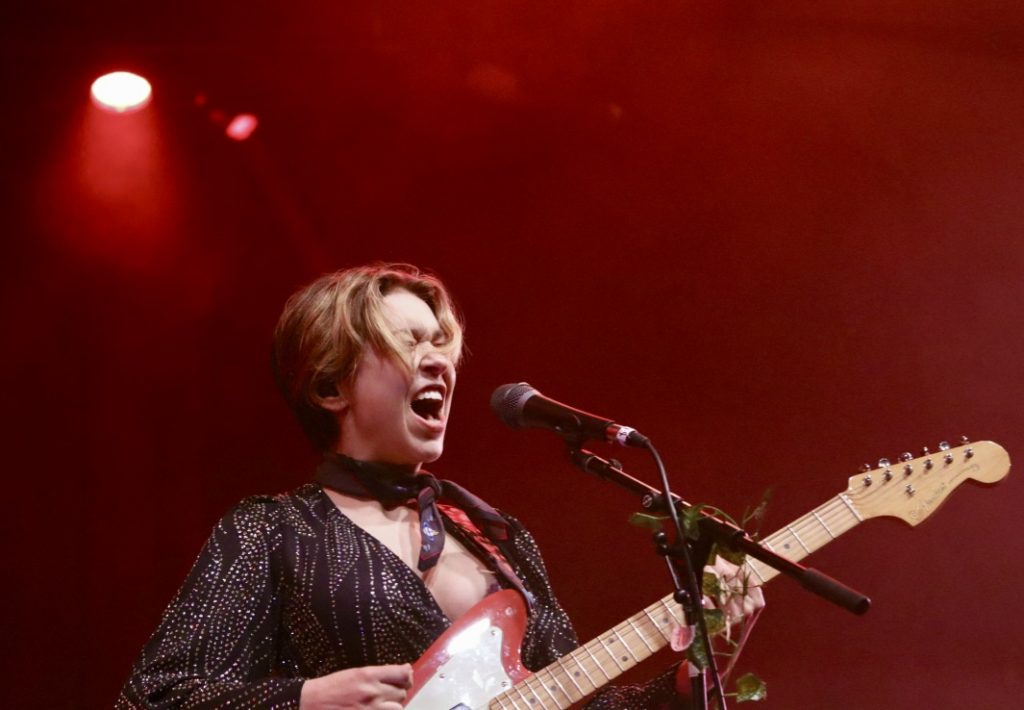