I Know I Love Faye haha

“Are you here for the opener?” a crowd member asks a newly made friend.

The sold-out crowd of the Fonda is there for Faye. Her second day at the venue is met with a packed floor and a balcony with standing room only. The entrance line snakes down the block, wrapping around the corner over an hour before the opener begins.

The Fonda’s golden glow illuminates a crowd full of twenty-somethings, a sea of heads adorned with claw clips and beanies. Partners’ hands wrap around each other. Some sip on drinks, while others talk astrological charts.

“Text them first? I’m way too much of a Cancer for that.”

The green curtain rises on Kate Bollinger and her band. Her vintage dress is partially covered by her fire-red, electric guitar, reflecting the duality of Bollinger’s presence. Her soft, airy vocals juxtapose breaks for guitar-shredding solos to create a full-bodied backing for her compelling lyricism. In “Je Rêverai à Toi,” she surprises the crowd by switching effortlessly between French and English lyrics — with a vocal quality so melodic and ethereal it is hard to tell the difference between the two.

For just one song, she ditches her guitar and instead places her hands behind her back, swaying gently. Her posture displays her heart to the crowd and her lyrics do the same. The influence from Webster feels present in Kate’s delicate voice and the band’s alternative folksy style (the bassist wears an Atlanta Millionaires Club t-shirt). Bollinger’s set is calm with its guitar and bass solos still rooted in a sweeping, lyrical style, but with their final song, the band picks up the energy, leaving the crowd sufficiently activated for the headliner.

Between sets, the indie kids use the time to flex their underground musical knowledge and exchange Instagrams, but they all fall silent once the lights dim. From behind the fallen curtain comes a recording of forced laughter: Faye attempting her signature “haha” featured in both the 2021 album title and track I Know I’m Funny haha. The laughter grows more outrageous and soon becomes infections throughout the crowd. The curtain rises and exposes Faye, in a floor-length blue dress, and her band, with five neon “haha” signs placed around the stage.

Webster begins with “Kind Of,” bringing a remarkable energy to a slower and laidback song, a trend that is repeated throughout the night. Her albums all bridge the gap between indie folk and more traditional alternative pop, but her Atlanta bluegrass influences are especially present live. Faye takes time to interact extensively with each band member, including an electric violinist. The energy builds slowly, but as she starts “Right Side of My Neck” from her 2019 album Atlanta Millionaires Club, the crowd erupts, singing along to each word. For much of the first few songs, she spends long periods with her back completely to the audience, focused instead on connecting with her drummer, guitarist, and synth player.

By the fifth song, Faye turns her attention entirely on the crowd, prefacing with: “This goes out to all the shitty landlords out there.” There are cheers from the audience as she begins “I Know I’m Funny haha.” Halfway through the song, the crowd’s loudly sung-along “haha” makes Faye smile. The band immediately moves into “Jonny,” another fan favorite. Webster shakes out her shag-style haircut, mimicked throughout the venue by many with the same cut.

The differences the crowd worked to establish between one another, whether through their superior rolodex of alternative musicians or sun, moon and rising signs, fall away as they all sing along, “This wasn’t supposed to be a love song. But I guess it is now.” Webster’s music, rooted deeply in the interpersonal, rejects the common focus of indie music to define itself in contrast with the mainstream. Instead, Faye concerns herself with telling deeply relatable narratives, but with the unique qualities of her varied influences, whether they be folk, rock, or R&B.

As she ends the song with a monologue from “Jonny (Reprise)” full of emotion and quirks, Faye pleads for someone to love her fully. However, as she begins “In a Good Way,” it’s clear that she has found what she was searching for. Throughout the night, Webster switches between her 2019 and 2021 albums, and while sonically similar, they tell two very different stories. Atlanta Millionaires Club describes the heartbreak of unrequited love and breakups, while I Know I’m Funny haha navigates the highs and lows of a sustained love. When performed together, a sense of hope for the future can be felt as Faye offers up very different perspectives on relationships.

After a rousing performance of “Cheers,” featuring a raised voice, loud bass, and synth distortion, the crowd had a palpable buzz. After Faye mentions her recent Nintendo Switch phase, a fan whips out their DS, which was swiftly passed up to the stage. Faye, with some difficulty, takes a selfie before tossing it back into the crowd. The whole band then proceeds to play Faye’s favorite song from Animal Crossing, which she described as “a fucking bop.”

At one point, someone in the crowd yells out, “Faye, will you be my Valentine?”

“I respectfully decline,” she says seriously, but then performs some crowd matchmaking, so the brave asker still gets a Valentine.

Webster then excitedly shows off how she programmed the MIDI at her feet to “say haha.” She explains that though, “no one in the band thought it was funny, it took two hours so I’m using it now.” She then repeats the chorus of “I Know I’m Funny,” as the crowd patiently anticipates the robotic addition of the “haha.”

Faye’s commitment to her individuality and the trust she has in herself shows in these choices. Throughout her career thus-far, Webster focuses much less on following the prescribed path of a successful artist, but rather on fulfilling herself creatively, like when she signed to the primarily rap label Awful Records or her consistent rejection of genre placement.

After the brief comedic digression, Faye returns to her sweeping melodies with “A Dream With a Baseball Player.” Webster’s persistently perfect register emphasizes the lyrics’ romanticism. After the band exits, Faye bears her soul for the emotional “Half of Me,” illuminated by only a spotlight; “What is the purpose of anything?” she pleads, then leaves the stage.

The crowd chants for an encore — “Kingston” specifically — and they are appeased. They hang onto each word she sings, hoping to catch the dreamy pitch-perfect notes hanging in the air. The song instructs, “Baby tell me where you wanna go,” but for Faye Webster’s crowd of heartbroken romantics and starry-eyed lovers, it’s time to go home. 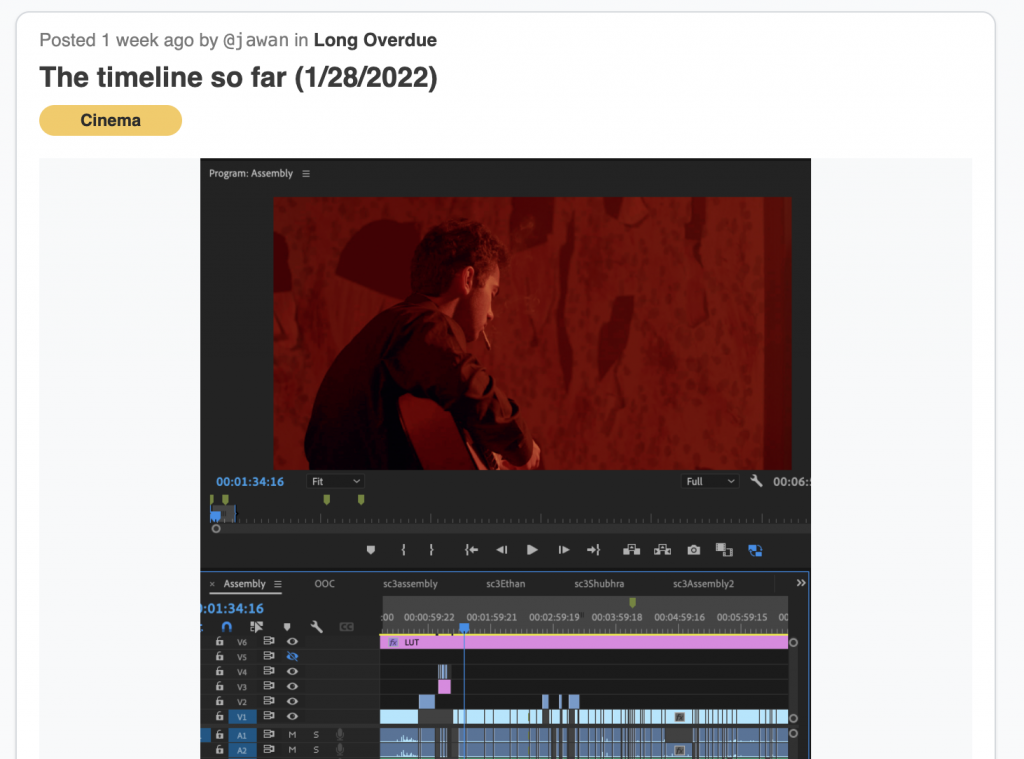