Whether it’s a song that shrouded a memory or a movie that opens new perspectives, the media we interact influences us, adding new depths and colors to our already eventful lives. Romance, existentialism, a need to dance one’s heart out on the way to class, and many more stories come together as our writers reflect on the pieces that stuck with them the most in 2022.

It’s late August and the wind is lashing at the rickety, bamboo thatched roof I hide under. Torrential rain mists my bare arms in its vertical downpour. The air is heavy, hot, and damp. The zephyr generated by my swaying hammock serves as no reprieve. We’re playing cards and chain smoking cheap cigarettes, reminiscing on our most foolhardy exploits in this unfamiliar territory. Half finished and long forgotten beer bottles etch watermarks on wooden tables. We are a ragtag group of smelly travelers lounging in Pai like leather-faced pub loafers. This is not far from the truth.

The guy on aux and I had met weeks prior at 5 a.m. after taking a 16-hour night bus. He told me about getting hit by a car biking in Dublin, and the hilarious humiliation he felt after banging angrily on a parliament member’s door, whom he falsely believed to be the culprit. I attempted to instruct him in the art of taming the sputtering beast that is a shitty motorbike.

We both pretend we don’t know each other (even though the common etiquette is to act like dear friends reunited by a handsome stroke of luck). I’m not sure who made the decision first, but we’re strangers now. We don’t meet eyes.

A song from his rainy day mix sticks with me in particular: “Hunting the Wren” is an atmospheric, downbeat fable by the Irish folk band Lankum. It pulses like a heartbeat.

To me, this song will forever tug like the gentle betrayal of a missed connection.

Severance is a psychological thriller that imagines  a world in which employees of a biotech company can undergo a medical procedure that separates their work consciousness from their outside lives. With striking visuals and a maze-like setting that reinforces the characters’ discovery of their work life exploitation, the almost mundane representation of employment as a form of alienation from reality forced me to reevaluate the preconceived notion of work being a  mutually beneficial venture. Adam Scott stars as Mark S. alongside Britt Lower as Helly R., and their portrayal of a workplace relationship is thought-provoking, with strengths and struggles that a wide range of watchers can relate to. Perhaps the most captivating part of Severance is the characters’ evolution within their work sphere in relation to their external lives. Awareness comes with a great deal of grief for the characters, as they are forced to address reality rather than accepting their practical non-existence. Alongside powerful themes,s tellar performances progress the emotionally-charged plotlines with an air of authenticity and ironic humor. Across the board, the first season of this Apple TV+ exclusive has a provocative concept that is executed phenomenally in terms of writing, acting, and production – with an overarching theme that highlights the effects of capitalist exploitation on an employee’s psyche.

Jeslyn Wang – Everything, Everywhere, All at Once, dir. by Daniel Kwan and Daniel Scheinert

Certainty is rare in life. Besides maybe a few things like death, taxes, and the endless cycle of doing laundry, nothing is quite guaranteed. At least, that’s the case for the characters in Everything Everywhere all at Once. That is, until they embark on a kaleidoscopic journey into the multiverse, where they discover that everything, in fact, is certain – you just have to look everywhere, all at once. Simple, right? Revolving around an ordinary middle-aged woman, Evelyn Wang has spent her life running a laundromat. Dreading the fittingly cyclical nature of her existence, she faces a never-ending list of tribulations, whether being audited, navigating a turbulent relationship with her daughter, and more. Just when it seems like nothing is going right, she is forced to confront – quite literally – everything. Being the “worst version of all the Evelyns that exist (*ouch*),” she has the most unfulfilled potential. Rather ironically, this means she has the best chance at remedying the inter-dimensional rupture threatening to unravel reality. Thus begins our descent into the infinite.

To elaborate more would be to spoil the fun, but this insanely chaotic, chaotically perfect movie collides powerful themes with nuanced perspectives. From hot dog fingers to raccoons hiding under chef hats, there is a little bit of something for everyone in the midst of the endless chaos. It’s truly a wonder how a movie so cinematically unique can fit so beautifully into an otherwise dreary Hollywood factory-scape. Just as the characters delve into the endless complexities of what it means to be human, the audience follows suit. Whether exploring familial relationships or generational trauma, the movie crafts one ultimate message: in any iteration of the universe, meaning is only what we make of it – what we think is a life of stasis is really one of bottomless possibility.

I spend a lot of my life questioning why I am the way I am and why I do what I do. This is unhealthy, I know, but for most of my life I could never take a small answer like “who knows” as an answer to such big questions. That is, until hearing Adrianne Lenker and Big Thief’s Promise is a Pendulum. The 4 minute and 12 second track walks the listener through vivid descriptions of nature’s deep beauty, while making it evident that this beauty is something far from human. It is not something the singer, or anyone, can recreate.

For me, the point of these observations is for the listener to remind themselves that we are not like nature. Nature was before us and will be after us. Humans, albeit a product of Mother Nature, spend their lives on a pendulum, in a constant fluctuation between warring states. This realization of our inconsistency is not an attack, but an observation on human fragility, and a plea to accept that our brief time is anything but certain. Promise is a Pendulum is a moving ode to the human condition, and an important reminder to hear your laughter in the falling leaves, see your smile in the night sky, and never forget that you are the complex sum of all of these things, making your nature a lot more intricate than the effortless and elegant nature around you.

Arami Chang: I Love You Jennifer B – Jockstrap

A quick look through some end-of-year listicles will reveal just how bleak and despondent a lot of the year’s music has been. Among all of these records though, I Love You Jennifer B is the sunshine that peeks in between these clouds. After releasing one of the year’s most highly regarded rock albums with Black Country, New Road, violinist and vocalist Georgia Ellery then went on to release one of the year’s most highly regarded pop albums with Jockstrap. Having shaken up the indie pop scene years back with EPs like Wicked City and Love is the Key to the City, Georgia Ellery and frequent collaborator Taylor Skye have finally found their foothold within the genre with their first full-length album I Love You Jennifer B. Leaving behind the grimy industrial pop aesthetics of their past records, I Love You Jennifer B now opts for a more studied approach to pop music. Art pop stylings now dominate Jockstrap’s sonic palette, with orchestral embellishments and Georgia Ellery’s hypnotic performances complementing the rugged, synth-heavy electronica, as if the lounge music of a neighboring bar spilled onto the dance floor of a retro nightclub. What results is Jockstrap’s catchiest set of tunes yet. From the bouncy drum machine patterns of Greatest Hits to the fragmented vocal samples of 50/50, I Love You Jennifer B manages to find more ways than one to get my shoulders bouncing and feet clumsily shuffling. Admittedly, I am neither much of a dancer nor have I really listened to the cheeriest of music this year, but it was for this reason that this album stuck out to me so much. Rarely does an album make me want to get on my feet and bust a move like this one does, and I am excited to see how Jockstrap will continue to hone their brand of glitch pop. For now though, I’ll be boogieing on my way to classes with this album as my soundtrack.

Liz by Remi Wolf received a winning total of 24 plays in my listening history this year. As a person who prides themselves in not repeating liked songs in order to not tire of my limited selection, I’m surprised this one managed to break above the rest. What I realized as I was staring at my year of moods cramped into one short playlist, was that this song was actually an unofficial tally of my car mileage this year. Many weekends I made the medium distance trek between Santa Barbara and Westwood to visit my girlfriend. She did not have a car so I was always the one to drive, but it never mattered because I had my music to keep me company on the 2-hour drive. On the 101 stretch between Santa Barbara and Ventura, I would always find myself skipping through Carplay to reach this title. In deadstop traffic, I would belt my offkey heart out, because I never pretended I would reach the notes that Remi could. I would be filled with joy and sing about a girl that I love so much. And hey, I’m glad that this feeling is the one that came out on top. 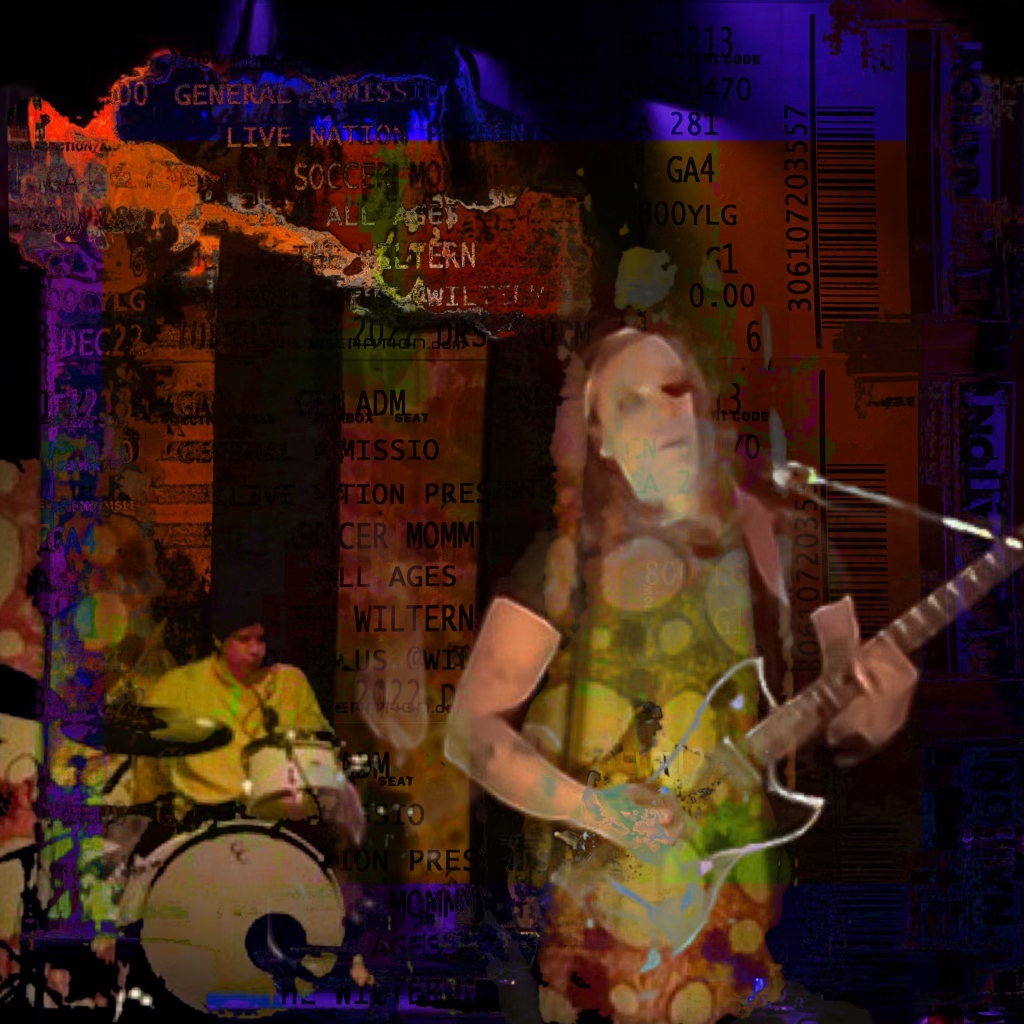