Photos by Dustin Downing on behalf of the LA Phil

It’s 90s night, and we’re late. It’s been that way since we were born, fluttering our silver eyelids open just in time for the new millennium. 22 years later and we’re still late, scrambling into our seats at the Walt Disney Concert Hall just in time to see Lisa Loeb arrive onstage on the heels of Vagabon and Best Coast’s Bethany Cosentino. It’s the Liz Phair: Dontholdyrbreath Gen X Festival, and, faithful to the event’s marketing promises, most people in the audience are middle-aged Gen X-identifying flannel-wearing proto-hipsters, people my mom’s age who listened to Liz in the 90s as she morphed from underground indie babe to rockstar heartstopper to 30-something pop sensation.

Mia and I are not the youngest people in the audience, but most of the people younger than us patiently accompany their enthusiastic mothers. Most people sit quietly on their velvet seats, holding hands, folding their hands in their laps, crossing their arms over their chests, with flannel rolled up on all those arms and flannel buttoned up all those chests. The most exuberant among them bob their heads, maybe throw a fist in the air in time with the music. Mia and I bounce in our seats, nod our heads, shake our shoulders. In the seat across the aisle from us, a gray-haired lesbian (Karen, we later learn, when we approach her after the show), stands in front of her chair and dances, hips twisting, the whole night long—though she assures us that she asked the people behind her beforehand.

When Lisa Loeb plays “Stay (I Missed You),” Mia and I weep like open wounds. Lisa’s wearing a full skirted black taffeta dress and enormous black shoes with blue light spraying through the space beneath her heel, looking like the sweetest woman I’d ever ask for directions. Mia and I agree that she is completely cute and we are irrevocably in love with her. “I wish she was my mom’s friend,” Mia says, in the same tone she once used to wish that Kevin Shields was her grandpa. Of the four men in Lisa Loeb’s band, two wear identical red and black flannels, and a third wears an orange and blue flannel. The drummer, the only one devoid of plaid, chews gum in time with the rhythm.

Lisa reminisces about the 90s, about the Lonestar Roadhouse in New York, and all the musicians, actors, and playwrights who congregated there when she was first playing music as an independent artist. Mia and I swoon at the inaccessible nostalgia. We’re expecting her to play more of her own music, but instead she plays “Wonderwall”—it’s 90s night, after all, and everyone’s here for the hits. Lisa describes the Oasis song as the transition from 80s pop to 90s vulnerability. “This song connected to my angst, my tragedy, the impossible possibility of sadness,” she says. As she sings “Maybe, you’re gonna be the one that saves me,” I imagine burying my face in the folds of her open-umbrella skirt.

Next, as a gesture to the younger generation of 90s-music-devotees, American Idol contestant and breakout pop musician Remi Wolf runs on stage like a little green girl goblin in jorts and Adidas to sing “Loser” by Beck. “I was born in the 90s,” Remi says, “’96.” Everyone laughs, and a woman in front of us shouts, “that’s when I graduated high school!” Remi didn’t realize she was making a joke, and I cringe. Don’t expose us, I want to say, feeling young and stupid. My retrospective relationship to the music makes me feel like a poser. I didn’t experience Beck in real time, not like Karen, who’s shaking her hair to the line “my time is a piece of wax, falling on a termite” like it’s her job. Yet Remi’s here for us, or whoever the event coordinators think we are, and I have to admit, when I hear her sing “that’s choking on the splinters,” my brain goes weak with dopamine. She’s playing this show like she’s at Coachella, waving her arms in the air and then squatting on her heels to sing to a singled out bachelor in the front row. “Scream this shit!!!” She shouts to the audience, and they politely oblige. When the song ends, she gives a tiny bouncing bow and bounds offstage.

Intermission. We eat yellow Mike And Ikes out of my pocket and anticipate Liz like a rubber band stretched across our index and pointer fingers, excitement pulled taut.

The lights come up, blue and pink and yellow. Mia whips me with a high-pitched siren-scream right in my eardrum. “Why?” I ask her, and she says, “exuberance,” and then Liz Phair walks onstage dressed all in white. Not like an angel, exactly, since she’s wearing skinny jeans and a white denim jacket, but holy all the same. Everyone stands and applauds and she kicks off the show with “Supernova. “

If Lisa Loeb’s band was playing a flannel theme, Liz Phair’s band is united in denim jackets. What do these materials mean? I’m wearing leather; Mia’s in a Paul Frank hoodie with the sleeves cut off. Liz grooves in her big tan heels and sings about sweet and slippery lips. “It’s pretty cool to see a girl do that,” Mia says. “Do what?” I ask. “Play guitar?” “Be the leader of all that,” she says, gesturing to the band, to the people in their seats flashing all their teeth.

“We’re taking it back to the 90s,” Liz shouts when the song ends, and the audience applauds, a few cheers slipping through the cracks. “Except I’m not high!” And she launches into Johnny Feelgood, the classic anthem of love-as-a-metaphor-for-drugs, or maybe drugs-as-a-metaphor-for-love, that has me admitting that I, too, “really, really, really liked it.” Liz dances with her hands, opening and closing her fists like eyes. Mia and I want to dance too. We’re rattling our seats like bars. Liz’s vocals aren’t amazing, a little too quiet, faltering under the swell of her band, and she has to strain to reach the highest notes on “Hey Lou” and “Polyester Bride.” But by the time she gets to “Spanish Doors” and “Mesmerizing,” her voice takes on the volume and clarity of confidence and she digs into the meat of the music with her fingernails.

In contrast to Liz’s inconsistent vocals, her denim-dressed drummer carries the music’s joy on his back throughout the entire performance, crashing into his drum set and shivering my sensory receptors. Her guitar player plays her haunting harmonies effortlessly, making his guitar yelp. I can feel the energy in the soles of all our feet expanding, increasing, forcing us up, burning us into dance. It’s “Never Said” that finally breaks the stillness, and when two people stand in the front orchestra seats, Mia and I leap up too. Soon almost everyone is on their feet, dancing, swaying, pumping their fists, holding their arms out wide. We dance past “Fuck and Run,” into “Why Can’t I?” Me in my slippery-soled green heels, trying not to tumble over the balcony rail and land on the stage at Liz’s feet.

“Is your heart softening to the nostalgia?” she asks in between songs, and in case it isn’t, she reminisces about the guts of 90s artists who “got up when we had something to say, we just grabbed our balls and got up on stage.” In my imagination, the 90s are all pencil-thin eyebrows and balls, and when Liz says, “We’re Gen X-ing all over the place! If anyone wants to storm the castle, I’m there,” I suddenly struggle to reconcile the glamor of the 90s celeb with the Gen X political earnestness I’ve come to resent on Twitter. How can I possibly relate to Liz Phair, Blowjob Queen, on the same level as all these women my mother’s age? Mia enjoys the disconnect. “I would never think I have something so intrinsically in common with a lot of these random 45-year old women,” she says, “but I do, because Liz Phair makes us feel the same way.”And Liz Phair makes us feel euphoric, especially when she ends the set by bringing Lisa Loeb back on stage so they can sing “Bittersweet Symphony” by Verve over the heart-wrenching tremble of the organ, played by a man in a cowboy hat and indigo-embroidered shirt. When the show ends, anyone still stubbornly seated finally rises to applaud her. While wishing I had a bra to throw, I accidentally let loose a wild scream: “Liz Phair, I Love You.”

After the show, we catch up with Karen in the lobby to ask her if she wouldn’t mind answering a few questions about her relationship to Liz Phair, intrigued as we are by her passionate dancing. She tells us she found Liz Phair at Lilith Fair around the time her first record, Exile in Guyville, was released (1993). When I ask why Liz Phair resonates with her, Karen says the music is “awesome… solid rock and roll.” She struggles to pin down exactly why the music speaks to her, telling us, “I can’t really say why it resonates, I just really like it. I think she’s good, solid rock, catchy beat, but also really feminist-driven lyrics that resonate with me on that level.” Despite the feelings of intrusion that have nagged at me all night, Karen seems genuinely excited that we’re here, as young people connecting with Liz Phair’s music in the exact same way she did, almost 30 years later. When she asks us how we found Liz, both of us admit that our moms exposed us to Liz Phair. “My mom used to always play Liz when she cleaned the house,” says Mia, and I recount mornings listening to “Go West” in the car with my mom as she drove me to middle school.

But tonight the car is Mia’s Honda and the city is Los Angeles and as we’re leaving the Walt Disney Concert Hall, Mia plays me “H.W.C.” and I learn just how sick and vulgar Liz Phair can be. Mia wants to explain the song, but decides it’s better for me to simply hear it for myself. I savor the unsavory images and imagine Karen hearing these lyrics for the first time, Mia’s mom listening as she mops the kitchen floor, my own mother’s eyes widening in horror as the titular acronym reveals itself. Can all these different women relate to such filth? I hope so, I really do. 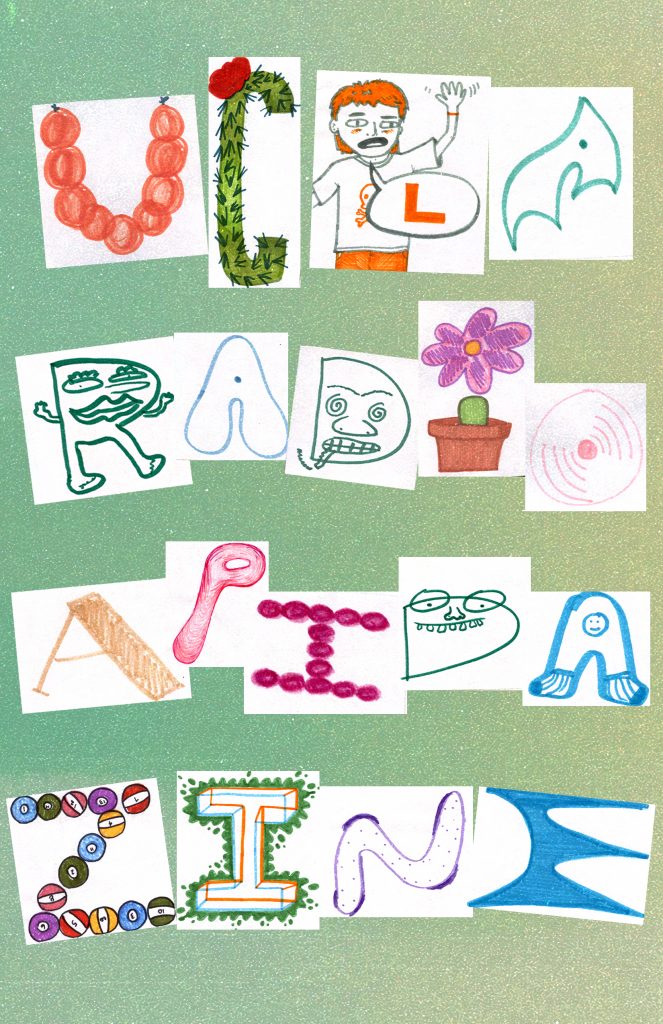