In music, just as in life, we have a tendency to fall into comfort zones. For our quest, we embarked on a journey to break out of these protective bubbles of the familiar and venture into the wilds of new artists and new art. Each of us selected an artist that we might be interested in doing a deep dive on and had our picks switched, forcing us to confront something new. Our picks represent the musical mosaic we have chosen to represent this project, a diverse tileset of musical tastes that represents the diversity of art that surrounds us, lest we try something new and take a listen. So please, feel free to join us on this journey through music as we explore new frontiers and come to understand our local musical community better than ever before.

I should love jazz. Growing up with a brother so obsessed with it he couldn’t stop wearing a jazz fedora, my childhood memories consisted of his high school jazz band performances and nonstop Louis Armstrong on long car rides; It wouldn’t be a stretch to say that the genre was the first one I was exposed to, however as I began to develop my own musical tastes I lost my affinity for the genre. When I came across jazz pianist prodigy Matthew Whitaker, I was excited to jump back into the sounds of my childhood.

Listening to Whitaker’s music, I discovered that he was already on a Spotify Blend playlist between a friend and me. With this in mind, it was only appropriate that I wrote about his third album Connections, in which he integrates elements of jazz, Latin, and soul into animated rhythms and warm instrumentals to tell a dynamic story of community, interpersonal relations, and perseverance.

Whitaker’s story is as multifaceted as his music. Born prematurely with an eye disorder, he endured 11 surgeries as a baby to try to prevent blindness before his parents eventually decided that the procedures weren’t worth the painful toll on him. Blind since childhood, Whitaker started playing nursery rhymes by ear on a toy piano, eventually enrolling in Filomen M. D’Agostino Greenberg Music School to develop his musical gift. At only 20 years old, he’s performed around the world, possessing perfect pitch and the ability to play complex pieces after hearing them once. But watching him play piano live, such as at jazzahead! 2019, it’s clear that he deeply understands music on not just a technical level, but on an emotional one. Sound travels through his being like an electric current, from the thumping of his feet to the rocking of his spine. Whitaker utilizes this rare relationship to music in Connections, taking inspiration from the pandemic to explore the ways humans interact with one another and survive hardship. “Connections is really about this idea of community, of musicians and family and everyone really, coming back together after being separated for so long,” says Whitaker.

“Connections is really about this idea of community, of musicians and family and everyone really, coming back together after being separated for so long.”

Connections is composed of Whitaker’s original pieces interwoven with his take on classic jazz standards. He drags us by the hand into the album with “Journey Uptown,” a sunny, piano-driven track. Trembling woodwinds add a liminal feel, establishing the world of Connections as a whirlwind of action and excitement. Whitaker is precise with his arrangement, taking the time to establish a sound, whether it be that of a descending marimba to bustling percussion, capturing an emotion and letting it peak before launching us into the next. The world of Connections is a tumultuous one, but Whitaker ensures us that we’re in good hands.

With the album’s jazz standards, which are famous compositions that jazz musicians play over and over again, Whitaker connects himself to past jazz icons. Each track is peppered with his inventive style, from the brass-ornamented take on Duke Pearson’s “Jeannine” to Duke Ellington’s “Don’t Get Around Much Anymore,” featuring Regina Carter’s jaunty, teasing violin. A standout is “Bye-Ya,” a duet with Jon Batiste and originally Thelonious Monk’s composition. Whitaker’s plucky piano tone is a sharp contrast to Monk’s confident, smooth-talking trumpet, but don’t let him fool you into thinking his piano arrangement is tame; attacking the instrument in a staccato manner, I can practically hear the keys flying off by the end of their performance. “Yesssir! Come on man!” Ending with soundbites of the two musicians cheering, “Bye-Ya” captures the joy that comes when artists create magic together. At the end of the day, making jazz music is about enjoying oneself and the connections formed between bandmates. It’s fascinating to hear how musicians such as Whitaker can mold and stretch existing pieces of music like clay, making them their own. Passed down from generation to generation like a well-loved family heirloom, jazz standards allow the genre to continuously evolve, something Whitaker does effortlessly with these songs.

The highlight of the album is the duo of “Connections” and “Stop Fighting.” In “Connections,” Whitaker opens with a cold touch, his piano notes almost teetering into dissonance. Throughout the track, I kept on waiting for a musical resolution, considering the name. Instead, we hear Whitaker speaking: “Stop fighting, stop shooting.” He reserves the warmth for the next track, “Stop Fighting.” Twinkling piano and flutes give way to synthesizers and an intense electric keyboard, inducing a throat-swelling panic. The fear Whitaker conjures in this segment is dissolved by the return of a gentle piano. With “Stop Fighting,” Whitaker shares his thoughts on conflicts of the pandemic such as political divisions over Covid-19 and the uprising of the Black Lives Matter movement: we all enter this world with love and that’s how we should resolve it. The middle conflicts are terrifying, but he’s optimistic that people can put aside their differences and work towards forming connections and fostering community. On heavy subjects such as these, it’s easy to see how preaching for unity can potentially come across as tone-deaf, but jazz has always been intrinsically political; from its roots in slave field songs to singers utilizing it to protest the treatment of African-Americans, such as Billie Holiday’s “Strange Fruit,” the genre is a vehicle for artists to express beliefs either too difficult or too controversial to express through words alone. Whitaker is simply another member of a large group of artists using jazz to make a statement, and he teeters the line well enough so that his message feels earnest.

With Connections, Whitaker proves himself as a virtuoso in his field, drawing relations between himself and iconic jazz musicians, between conflict and resolution, but most of all, between his music and his audience. Great music is more than complex chord progressions or clever hooks; it’s the way an artist utilizes sound to form a connection and evoke feeling within their audience. It is jazz’s spontaneity that makes it such an intricate genre; unrefined and improvised, it’s the rawest, most personal form of a musician’s creativity, and Whitaker shares with us exactly that in Connections. His music also connected me back to my own childhood; after listening to his album, I called my brother to ask him his thoughts on Whitaker to which he responded: “His music’s very dynamic and upbeat… feels like it’s always going somewhere.” Just like his sound, Whitaker is going to new audiences and frontiers, redefining jazz for his generation of music lovers. I’m looking forward to listening to more of his work and jazz in general, as well as learning more about the genre’s history. Who knows? I might even start wearing a fedora around campus in the near future…

Shygirl Is Definitely Not Shy 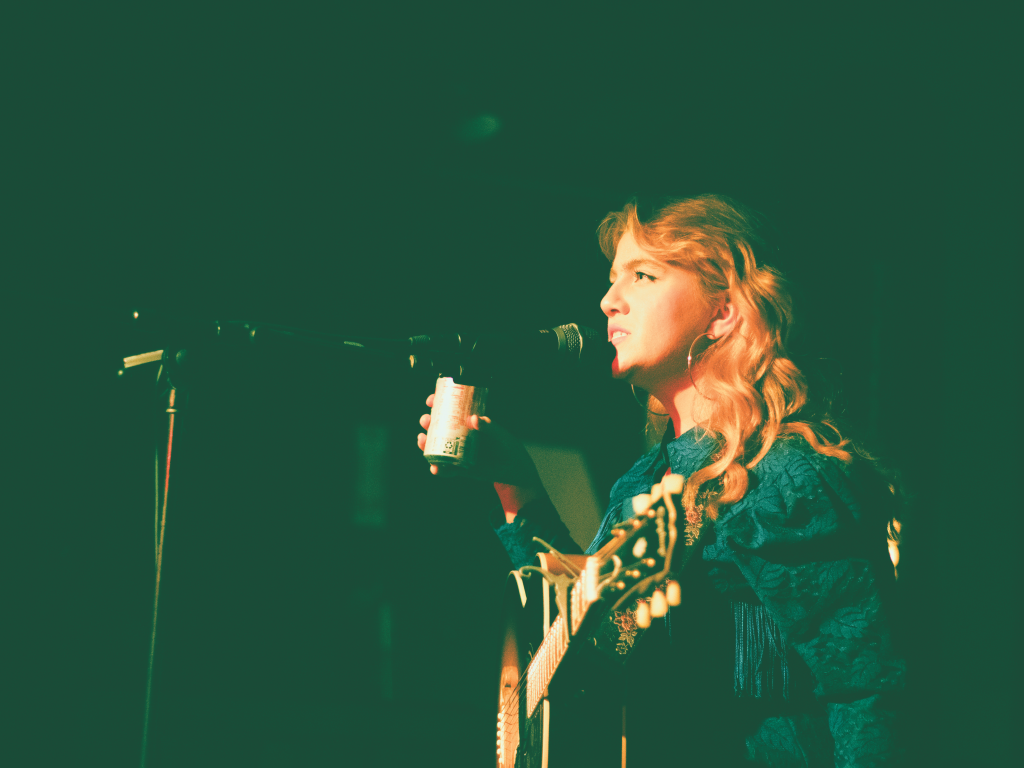