Written by Katrina Weissman on March 1, 2022

There is something naked about being independent. Charlotte Dos Santos first explored this through her most recent project Cleo, named after the medieval deity representing femininity and power, and on Thursday, in preparation for her new debut album, she went further by achieving independence through a barebones performance at The Virgil that left her raw talent exposed.

Agnes Azria, Dos Santos’ opener, was the first to perform “naked.” She was, of course, dressed, wearing a black bandeau, tight black pants and thin gold jewelry draped in an “X” across her chest, but she had been stripped of a drummer, guitarist and bassist and was left with a towel of a macbook and midi keyboard. Her voice was the focal point. Gritty on the low notes and sailing like a kite through the highs, she dazzled the crowd with each number, going through genres from R&B to indie rock to jazz. Given that many of the indie rock musicians I fawn over give into the sweet temptation of hiding under blankets of reverb and clangy guitars, it was refreshing to watch someone commit to themselves and fill the space with raw vocal talent.

After Azria’s set, Dos Santos walked on beaming. The show was Dos Santos’s first performance “in a very long time,” she said. She hadn’t released a project since Cleo in 2017 and with tours generally stunted by the pandemic, she looked giddy to find herself back on the horse. She promised that her debut album would come out in the fall “for real for real” and the crowd whooped in excitement.

Dos Santos’s earlier music was ethereal – inspired by womanhood with an emphasis on nature. She had stressed in past interviews that growing up with a Norwegian mother and Brazilian father amid mountains and sea in Oslo fostered her deep connection with the natural world. By contrast, her recent singles are textured by dissonant techno beats that seem to signal a more electronic path so I was curious if nature would remain a key factor in her music.

Guided to the stage by bird chirps and taking off her shoes halfway through her set, Dos Santos held fast onto her roots. She deftly used midi beats and samples of her own vocal harmonies to create music that still exemplified nature. It was nostalgic of Amy Winehouse and Corrine Bailey Rae, but brought in elements of newer R&B artists like Moses Sumney, who similarly use technology to evoke an emotional connection to the earth. Her scatting was bubbly, like bouncing a beach ball on hot sand before cascading down a riff and plunging the audience into cool water. When she cooed memories of changing morning light coloring her partner in bed, I couldn’t blame the couples in the audience – it warranted a body roll. She also threw in a few songs off of Cleo like “Red Clay” and “It’s Over Bobby.” The crowd sang back “don’t get it twisted baby” while she pointed coyly to us and danced like we were her girlfriends at the club. It was a celebration of Cleo and her return among an eager fanbase shouting “I love you!” and “I bought two tickets!”

In toe with Azria, Dos Santos’s stripped down setup emanated nakedness. Unfortunately, part of the bareness could be attributed to the venue. The Virgil was chic and alluring at first: aglow by backlit bottles of liquor along the wall and dotted by handsome couples and friends sitting cross legged on leather lounge chairs. (I even shazamed a song the DJ played to track down the lyric “leave Kanye out of it” which seemed like a fitting mantra for a night dominated by up and coming women.) However, once Azria took to the stage, bright white lights, ruched curtains and a buzzy microphone transformed the once-hip venue into something reminiscent of a cabaret or karaoke bar. I was hoping they would improve the situation for Dos Santos’ set, but I was disgruntled to find her saddled with the same treatment.

Still, both of the singers’ skills defied the venue’s shabby layout. Their boundless voices ricocheted over the crowd and made us sway back and forth, shake our hips or stand still in awe. It was fascinating to watch them perform bare, without frivolous decor, a band or a producer manning the computer. Just their boundless voices enveloping the venue, saying “look what I can do.” How better for artists to display feminine independence than to master audio and free themselves to be the producer and the storyteller? Although I would have loved to see Dos Santos play amid frahns or in a bed of pine needles (or at least with some moody lighting for christ’s sake!) her stripped down setup and The Virgil’s fumbles gave her a chance to practice what she preaches. 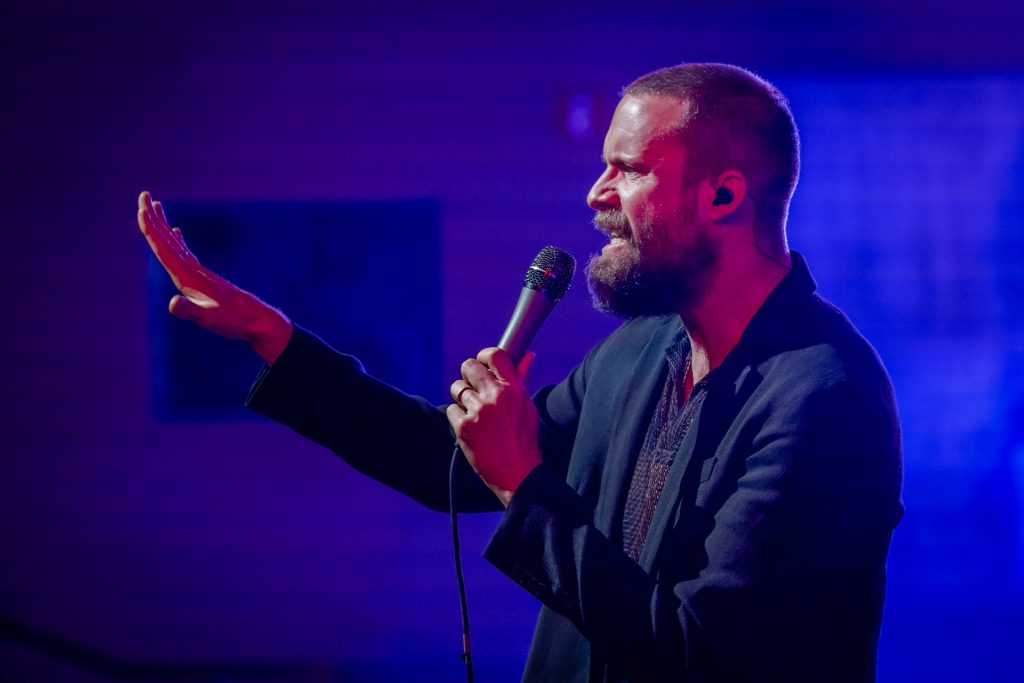 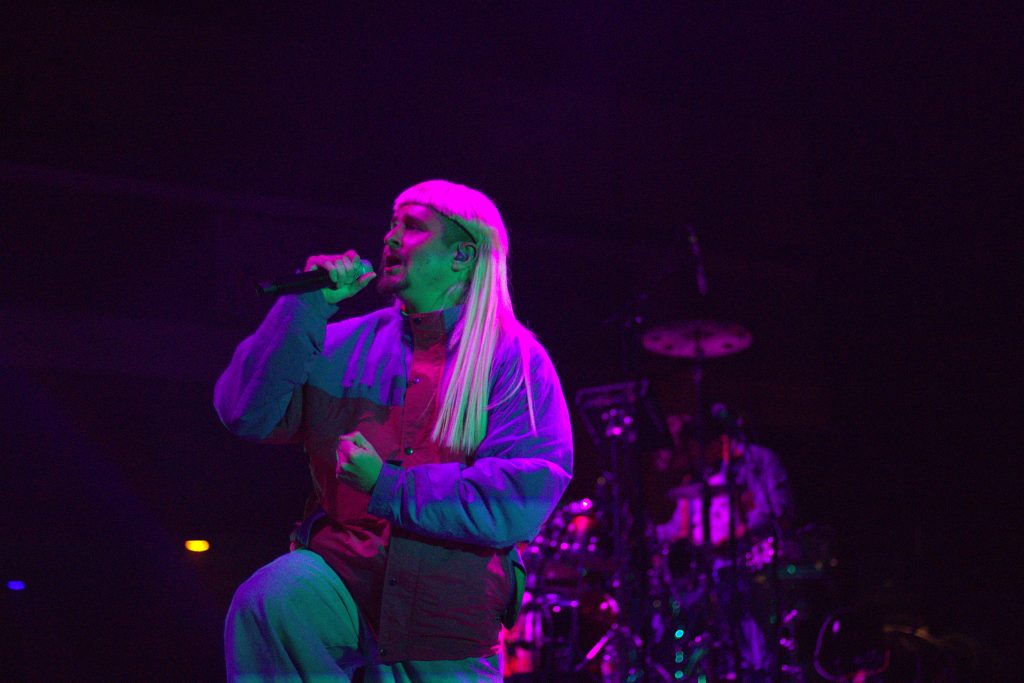