Performing at The Shrine’s Expo Hall is definitely a feature on any artist’s bucket list of venues It’s rich century-long history of high-profile televised events, like the Grammys and Academy Awards, puts pressure on any artist of any stature to perform well. The Shrine’s performers must live up to the past shows of Frank Sinatra and Jimi Hendrix, proving to themselves and to their fans that they deserve that stage. The four-piece L.A. native band Chicano Batman earned the Shrine’s spotlight.

Usually, what takes one aback when walking into The Shrine’s Expo Hall is its grand size. The floor stretches endlessly–taking up 34,000 square feet. It’s 20,000 square foot mezzanine provides the venue’s best spots to peer at the below. The floor is flat. No slope. So if someone blocks your view, good luck. But I digress. Instead of the mammoth of the Shrine grabbing my attention, the culture of the crowd did. It was filled with drunk millennial Latinos hugging, dancing, and swinging their beers around. Honestly “drunk” is putting it mildly; some of these foos are plastered, like gone. Seeing this type of audience is a double take because I’m at The Shrine, not at my cousin’s quinceanera. Before Chicano Batman take to the stage, corridos, or Spanish love ballads, reverberate throughout the long concert hall. The sluggish drunken voices dominate the vocals of each corrido. The scenes of the concert hall are becoming indistinguishable from the events of my family’s last quinceanera. It’s something you do not see at every concert in LA, especially when most shows are not designed for a Latino audience. This outlying experience brings on a sense of extreme familiarity and comfort. As a Chicano living away from family, this was something I didn’t know I needed. I’m immersed in a crowd of my people, screaming my music in my tongue.

After some entertaining people-watching, the mix of pop and corridos fades away as the venue goes black. The lights focus on the stage and Doja Cat’s “Tia Tamara” blares through the speakers. The crowd understands that it was now time. A wave of cell-phones, already on the camera app, perch above everyone’s heads. The cheers of excitement brought on from Doja Cat’s hype anthem are now directed towards five emerging figures. Chicano Batman and their keyboardist, take the stage, cooly acknowledging the crowd eagerness for the show with the simple statement, “Let’s Keep this Energy.”

A bright orange light immediately fills the stage and the beginning drumbeat of “Color My Life” kicks off the show. The crowd erupts as the augmented psychedelic vocals tell the audience a story.

“Are you a lucid dream? That’s what it seems. I’m not really sure if it’s real.”

It’s as if Chicano Batman is letting us know that they themselves cannot fathom where they are: in Los Angeles’s historical Expo Hall performing to what looks like a sold-out show. It highlights Chicano Batman’s never-plateauing success and the trajectory they could have never dreamed of.

Bardo Martinez–lead vocals–and Eduardo Arenas–bass and accompanying vocals–sing directly to the audience, letting us know that it is our never-ending support and love for their craft that brings the color to their life. It’s a thoughtful and creative way to start the show off. It tells the audience that Chicano Batman needs its Latino supporters as much as us Latinos need their music and presence.

More songs like ,“Cycles of Existential Rhyme” “Jealousy” and “Freedom is Free” came and went, but what remained a constant throughout all the songs were the magnifying performances of each member. Each song in their setlist created a space for Eduardo Arenas, Carlos Arévalo, Bardo Martinez, and Gabriel Villa to demonstrate their skills. “Moment of Joy” with the electrifying transporting guitar solo; the added pounding drum solo to accompany “La Manzanita”; the straining yet captivating vocals of “Dark Star;” and “Black Lipstick’s” groovy soulful baselines.

It was truly a celebration of their exceptional individual talent and the culture their music inspires. But let’s not forget the keyboardist of the night. The lights did not shine over him, but he remained committed to the gig, jamming to each song off to the side of the stage. He adds so much to the psychedelic feel of the night and I just cannot let him go unrecognized for his contributions.

The highlight of the night was when Chicano Batman performed “Itotiani.” When Villa hit that beginning snare, everyone in the crowd knew what was about to go down. Yellow lights and fog cover the stage as Arenas, Arévalo, and Villa sway side to side, nodding their heads up and down to their 40 second long intro. In those 40 seconds, a couple of phones, with the camera app ready, are raised while the rest of the crowd attentively waits for the first lines of the song. Then, the whole crowd in unison:

Everyone sings the rest of the song with Martinez, even those who quietly nodded the whole night. Arms raised; drunks holding one another; and brown faces filled with emotion. The whole crowd knows “Itotiani” by heart. The most exhilarating part of that song was the last itotiani yell, something the whole crowd was on edge for. In that finale, the crowd cheered, clapped, and screamed for that final extended Itotianiiiiiiiiiiiiiiiii!!!!! It was an experience that could not be accurately documented; it was one that had to be lived.

The show wraps up with the easy-rolling, yet sexy swinging “Black Lipstick,” but the crowd wants more. The typical yell of Encore replaces the repeating cry of Otra, reaffirming that I really am in a comfortable space with my people. Listening to the crowd, Chicano Batman returns back to the stage to end us all off with “Magma.” The skilled composition of all instruments in this song is mesmerizing, but Martinez stole the performance with his stylish guitar solo. Basking in the red stage light, he plucks and extends the notes to match the energy of the lyrics that describe una dama he is into. It’s a riveting spectacle of skill. In that moment, his eyes closed and long wet hair dripping back, all that mattered is him and his guitar.

Chicano Batman is feel-good music at its finest. Their stage presence and cultivated vibes serve as a reminder that the Chicano Movement exists and is still going strong. Chicano Batman’s mixture of English and Spanish, and their hybrid of tropicalia, funk, and psychedelic soul, along with other influences keep the movement alive and known in the music scene. They deserve their spot in the Shrine’s history books and earned a spot in my favorite concerts of all time. 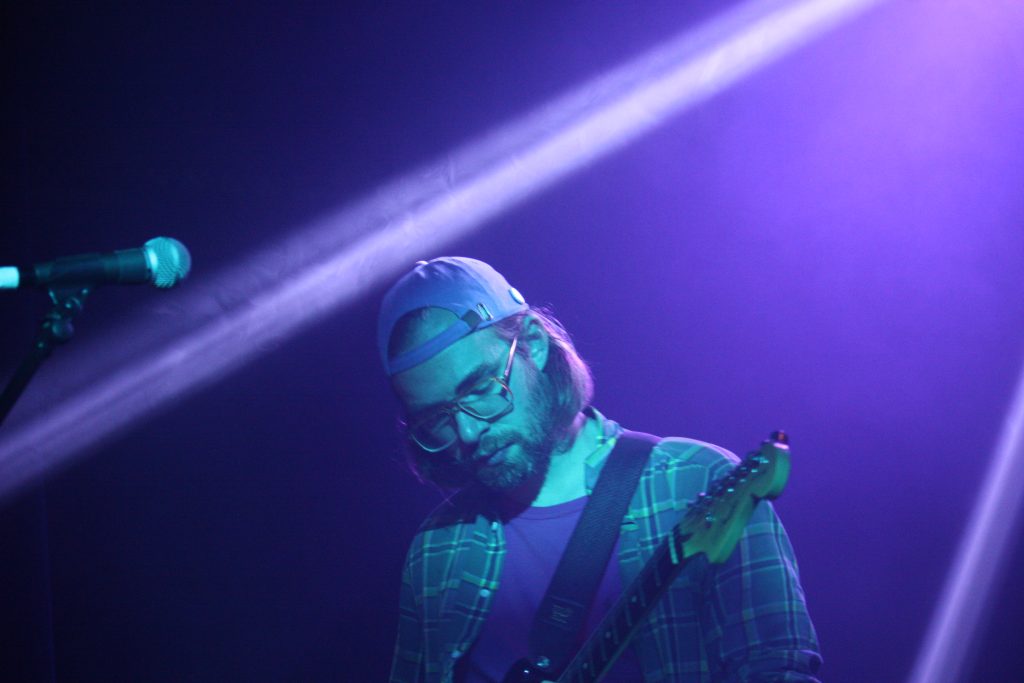 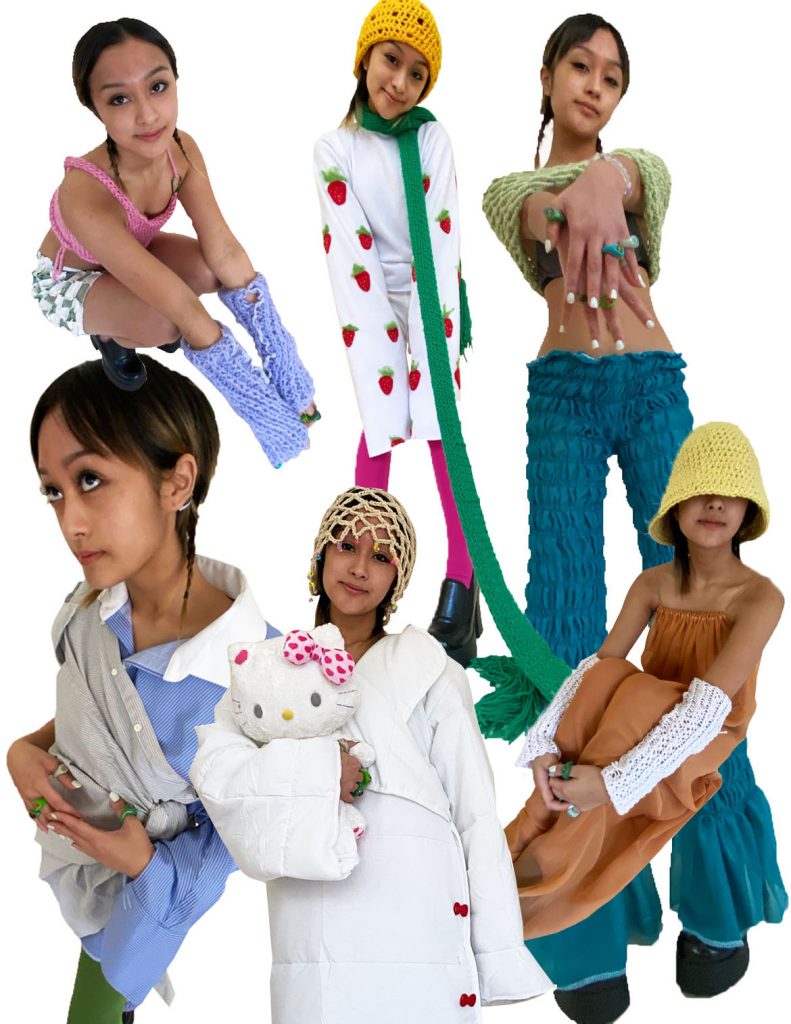