All it takes is one note: one earsplitting, bone-rattling, feel-it-rumble-in-your-chest sustained power chord from the bassist unleashes a roar of anticipation from the audience. As frenzied concertgoers push me toward the stage, screaming for more, I raise my camera and do my best to document the mayhem.

Flashback to two hours ago: on a foggy Friday night, the back-alley entrance of the Lodge Room opens its doors and unveils an intimate performance space purpose-built for the indie crowd of Highland Park. At first glance, my eyes are immediately drawn to the faded painting of an ancient Egyptian temple housed in an elaborate archway behind the stage. The artwork, along with an ornate five-pointed star suspended from the ceiling, serves as a subtle reminder of the venue’s history as a Masonic lodge. Realizing that I have time to kill before the opener starts, I secure a spot in front to settle in before it gets crowded.

Dylan Baldi, lead singer & guitarist, has been the driving creative force behind the band since its inception in 2009.

Performing tonight is Cloud Nothings, who have been stalwarts on the heavier side of the indie scene since the release of their 2010 album Turning On; the follow-ups of Attack on Memory and Here and Nowhere Else round out the core of their discography. The band stayed remarkably active during quarantine, releasing 2 full-length albums over the past year. This show comes at the tail-end of a long US tour, and you can feel the anticipation in the air as the openers take the stage; this is the first post-quarantine concert for many in the crowd.

The Long Hots impress with a bass-drums groove and blues-inspired lead guitar.

Before the main attraction is Philadelphia-based all-female trio Long Hots; they take the stage to a smattering of applause and launch into a bluesy, angst-ridden set. In this band, the drummer takes center stage — literally and figuratively. Although she eschews a normal drum set in favor of a simple snare and floor tom, her driving rhythms and haunting, unnerving vocals blend beautifully with the simple pounding eighth notes in the bass and the overdriven guitar riffage.

The crowd appreciates the unusual setup, but the lack of a full drum kit means there’s a hard cap on the band’s intensity level, and it shows. There are a few halfhearted attempts at moshing during their set, but nothing genuine, and the audience is left wanting more as the openers leave the stage.

After a brief interlude, a lone figure takes the stage. Dedicated fans recognize him immediately and begin to cheer, but his identity isn’t clear to the more casual audience members until he picks up his bass and begins to pound out an aggressive pulse of staccato eighth notes.

Bassist TJ Duke lays down the framework for the band’s aggressive sound.

At this cue, the rest of the band takes their places on stage, grinning. One by one, they layer their own sounds onto the foundation laid out by the distorted bass: a thundering drumbeat, harsh rhythm guitar, a screaming lead line. Then, despite no warning or perceptible signal, the band cuts off with a causal synchronicity that comes only from countless hours spent in rehearsal. For a single endless moment, everything is silent; just when it seems the silence will stretch past the breaking point, a rapid-fire count in from the drummer sends the band careening into a fan favorite, “Pattern Walks”, from their 2014 album Here And Nowhere Else. The crowd screams, surges forward, and the real show begins.

It’s clear that the joy they get from performing remains undiminished by the pandemic and a months-long touring schedule.

Cloud Nothings clearly know exactly what people are here for, and they give it to them in spades. From their first song to their closer, the energy level is through the roof, and the crowd loves it, crashing toward the stage with frenetic energy and then dissolving into glorious mayhem at the start of every new song. The set tends toward their newer songs; having released two full albums during quarantine, they’re clearly eager to share them with their fans.

Some highlights include the upbeat, almost poppy “Nothing Without You”, with its intense final crescendo stretched out into a minutes-long breakdown and buildup before finally returning to the chorus. Similarly, the blues-riff driven “A Longer Moon” showcases the band’s ability to go beyond their usual wall-of-sound approach and move in a more melodic direction. Although some of these new songs feature extended instrumentation (keyboards, a female vocalist) on the album, the band was able to fill the space so effectively that you couldn’t tell there was anything missing at all.

The blues-riff driven ‘A Longer Moon’ showcases the band’s ability to go beyond their usual wall-of-sound approach and move in a more melodic direction.

As the set goes on, I’m struck by how little the band interacts with the audience. Aside from a brief interlude when someone’s wallet finds its way onstage, there’s almost no banter, and the pauses between songs are rarely longer than the time it takes for the guitarists to re-tune their instruments. In some ways, this lack of interaction is frustrating; when coupled with the band’s decision not to perform an encore, it makes the show seem almost perfunctory, as if the band is just there to play and get paid.

In more important ways, however, it really doesn’t matter if the lead singer fails to crack a few jokes between songs; that’s not why anyone is here, and the band knows it. They do an amazing job of keeping energy levels high, and it’s clear that the joy they get from performing remains undiminished by the pandemic and a months-long touring schedule. In the end, sometimes all you want is the chance to jump around, crash into people, and scream along to indecipherable lyrics as a wall of noise crashes over you. If that’s what you’re looking for, then Cloud Nothings knows exactly how to give it to you. 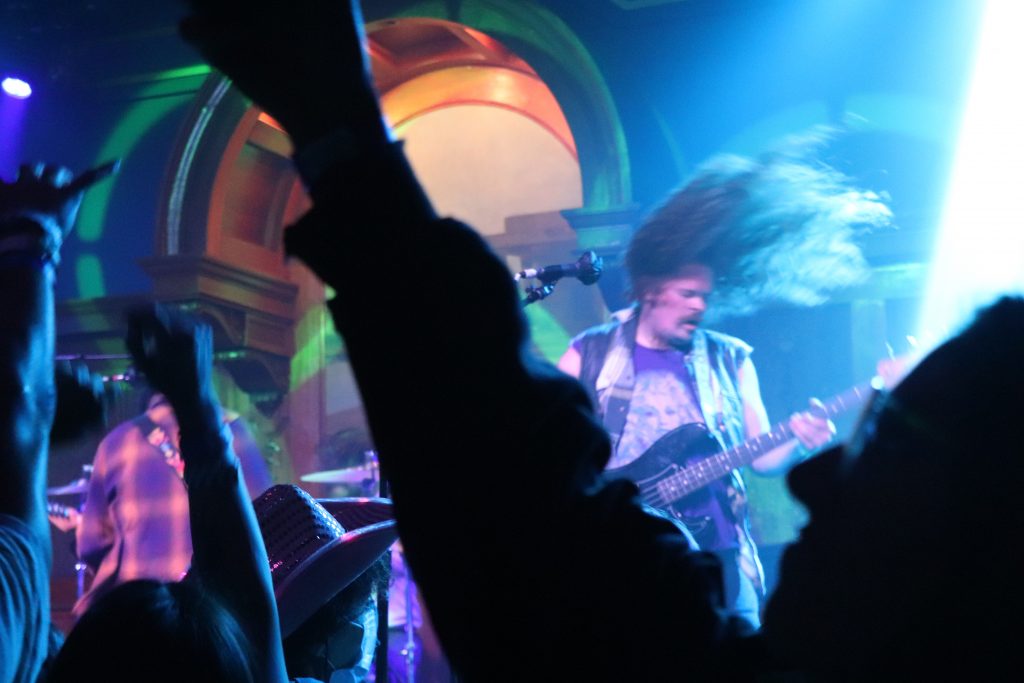 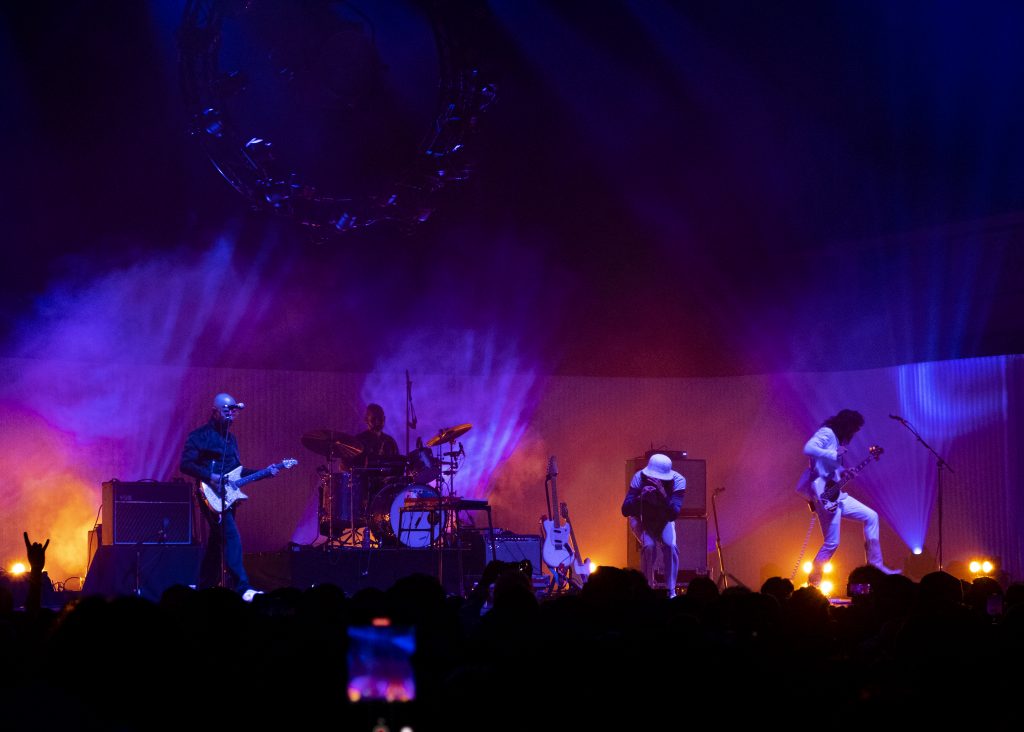