Desert Daze – Mirage, Reality, or a Place Between?

When I woke up on Sunday, October 3rd, I was in Westwood, approximately seventy-five miles, one McDonald’s trip, and three coffees away from Desert Daze, the decade-old music festival in Riverside, CA. The festival is already two days underway, with headliners King Gizzard and Tame Impala playing the previous nights. For ten years, the event has capped off festival season in Southern California with an escapist landscape of psychedelic art and music. But I’m getting ahead of myself.

I drove the two hours into the California desert with two friends who were managing artists that day – a drive dotted with calls and texts to bosses and managers, a glimpse of reality behind the festival. Twenty minutes out from the event grounds, and we’re still in a suburbia populated with lawn signs and picket fences. We pass by the edge of Lake Perris (actually, a high-walled dirt reservoir), the empty parking lots of a massive sports bar and speedway, and eventually, thousands of campers lining the road. When we arrive in staff parking around 11, my friends rush backstage to meet up with their band and I head into a rapidly filling fairground.

Four stages, food trucks, and countless art and clothing vendors have lined up along Lake Perris this weekend. Art installations by Non Plus Ultra, Brad Henson, and Bez mix with beachgoers who’ve sprawled out in the sun, ready for a day to come (or perhaps, recovering from long days and nights of standing in the elements). I spend some time wading through the warm shallow water, and I take it all in. It quickly becomes clear that Kevin Parker’s performance as Tame Impala the night before is still reverberating in the minds of festival goers; I hear it in people’s conversations (“I don’t think I’ll ever forget last night”) and a small group’s impromptu version of “Feels Like We Only Go Backwards.”

It’s hard to shake the feeling of being an interloper at this festival. Having arrived late, carrying a backpack and camera, and unaccustomed to the grounds, I am decidedly not a part of the strong community of Desert Daze enthusiasts who live, eat, and breathe this festival each year. “Oh, this is your first Desert Daze?” a pizza vendor asks me while we make conversation on the beach, and he’s shocked when I say yes. “This is such a festival for locals,” he says, before adding, “I’m glad you made it.” But the genuine feeling of camaraderie that the festival cultivates comes across strongly; strangers are welcome here.

Desert Daze prides itself on being an advocacy-forward music festival. It’s in their programming, which highlights a legacy of local Latinx and women-fronted bands. It’s in the art, which thematically pushes people towards love and the appreciation of being together. And, specifically, they continue to push for the legalization of psychedelics in the creation PORTAL, the Partnership of Responsible Trippers Advocating Legalization. These advocacy efforts come together with demonstrations, “midnight chats” projected for campers, and a shocking partnership with Dr. Bronner’s.

The festival boasts four stages, an epic lineup of musicians, and enough varieties to keep a diverse audience happy. Kicking off the day are KCRW DJ Travis Holcombe and Mariachi Reyna De Los Angeles. Travis Holcombe, fresh off a summer of performances around LA, curates tunes at the Beach Stage for the many lingering in the water. Mariachi Reyna are proudly America’s First All-Female Mariachi, and the ten of them grace the Moon Stage for nearly an hour. I catch a bit of both openers, both of whom offer commentary on Southern California artists being centered at this event; Mariachi Reyna, on the indigenous roots of mariachi to the region, and KCRW, as a part of LA’s contemporary music scene.

At this festival, for the second time in recent memory, I come face-to-face with Izzy Glaudini, Lola Dompé, and Halle Saxon, together forming the alt-rock group Automatic. Another group of LA natives, Automatic is still riding the release of their second album, Excess, in March of 2022. Since I’ve seen them last, the group has traveled across the United States on tour, and their sonic maturation is clear. Like chameleons in their neon festival gear, the group opens with “I Love You, Fine,” and takes audiences through a tour of post-punk in the year 2022. Where their last show had felt more tentative and almost too formal, the group was now able to relax in the desert. Maybe it was the fact that this is the group’s second Desert Daze, the supremely laid-back atmosphere, or simply more time performing together as a band.

The sun sets while BADBADNOTGOOD controls the main stage. I watch from a distance on the beach, taking in the pinkish light and the sea of people that’s growing backwards from the stage. Shortly after dark, set-up for The Marías begins onstage. A small, round set of stairs is placed in the middle, and the band files on to “Talk To Her”, off the group’s 2021 album Cinema. María Zardoya, ascends the staircase alit in red, and snaps dramatically into character at the sound of a dog bark in “Calling U Back.” For the next hour, I take in the most visually intense show of the night. Maybe it’s the haze and fog rising from the dust, Zardoya’s crooning vocals or Jesse Perlman’s seductive guitar playing, but their performance is enrapturing to say the least. My ride leaves with The Marías, so I’m quickly whisked away back to Westwood, leaving only footprints in Lake Perris.

So, what happened was…

Like a mirage, Desert Daze appears and disappears on a sandy beach that’s frankly not in the middle of anywhere in particular. It’s a fantastical, psychedelic experience that sticks in the mind of its audience (or rather, its community). Situated between art, activism, and music, it brought to life a community that imagines a divergent view for the future; one that calls back to the roots of hippie activism and free love. But for now, life returns, and the best we can do is carry its lessons and tunes into daily life.

For more information on the 2022 presentation of Desert Daze, including a complete lineup of acts and events, please visit their website, https://desertdaze.org.

A Communion of Music: The Wild Hearts Tour 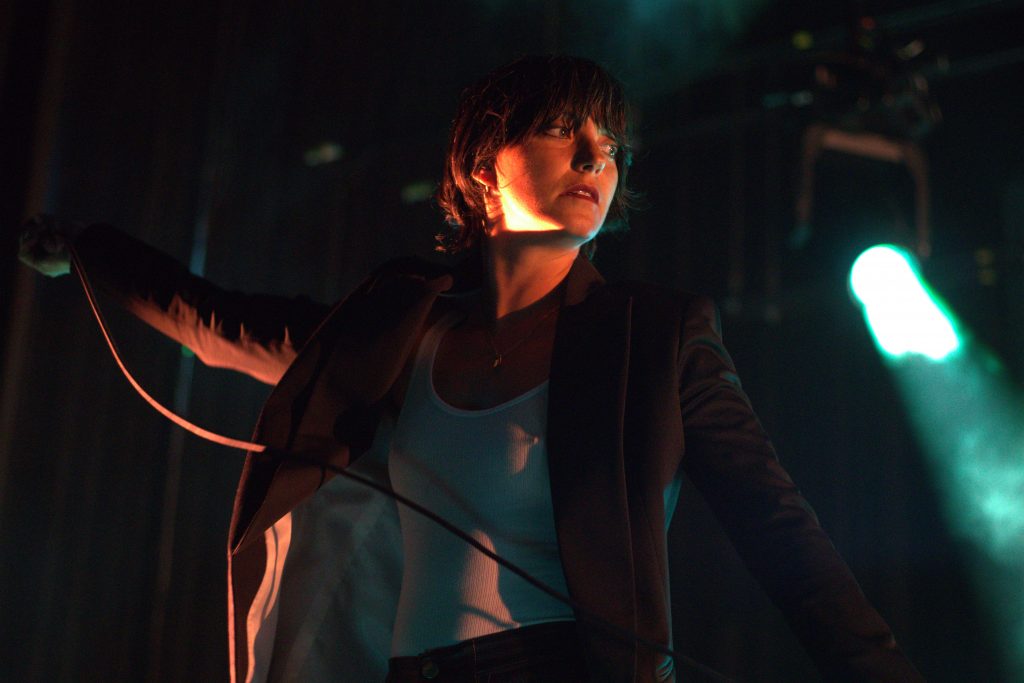