I got there early. The deep, rumbly buzz of a bass bounced off the Ackerman Grand Ballroom’s towering walls, accompanied by the occasional expulsion of sound from someone in the horn section. As musicians got into their final positions, it was evident, like a timelapse of a building being put together brick by brick, that a dream was being realized. Every brick placed, another instrument readied. The intricate planning had come through and now, after a dismal hiatus for the long winter of pandemic, the GME or Game Music Ensemble, was back to perform yet again. One can’t know what the future may hold and perhaps this light of being able to gather in a large group for a performance may only be temporary, but it is better to have a glimmer of light than a sustained darkness. For the next two hours, the GME would reinvigorate its audience with the kind of performance that calls to mind why music can be such a powerful tool for sustaining one’s mental health.

Of course, this was hardly the GME’s first such endeavor. Established in 2014, the student-run performance group has steadily grown in size and put on a dazzling array of performances for years, all abiding by a simple guiding principle that whatever music they choose to perform must originate from original video game compositions. Though an outsider to the genre might not realize it, the GME’s field of choice is in fact rich with an unimaginably large library of outstanding works to choose from.  As a genre that itself encompasses essentially all other genres of music, it can be difficult to imagine a specific throughline that might unify it. I will propose then that video game music, like film music, is essentially all tied together by its guaranteed association to the emotional and thematic content of its origins. Game music is inherently tied to a game, and, as I saw firsthand, people bring with them the emotions of their experiences and interactions with that game to the music. When the solemn choir of “Ludus Perditus”, the end screen song of Age of Empires III, echoes through the hall, players of the game are immediately transported back to the last place they heard it, presumably to the sad display of a Game Over screen. Hearing muttered comments like, “Oh they have Sim City!” amid audience goers taking their seats, it was clear to me that this concert represented an intersection of hobbies and passion, a culmination of some of people’s favorite pastimes, music and games.

The performance began subtly after much anticipation. The strings cried quietly, slowly building in intensity until joined by a melodic harp chime, the opening beat of “Hikari” from Kingdom Hearts. The audience was transfixed and I did not hear so much as idle chatter. The piece was played to perfection. Admittedly, it was not one I had heard before, but even with only surface-level knowledge of Kingdom Hearts, I not only felt the appreciation amidst my fellow audience members, but in myself for what was truly a lovely sample of music and one truly capable of transporting you to a fantastical world. One need only close their eyes to imagine the intrepid adventures set to such music in the light, airy fantasy that is Kingdom Hearts. At the conclusion of every song, the conductor (a position that changed between songs), would stand before the audience and, like a priest giving their homily, took a microphone to talk with the audience, explain the significance of what they were listening to, and revel in the thanks that everyone could be gathered once again.

In the intermission, the room ran with excitement as people conversed and the band prepared for the show’s second half. The center of the orchestra parted as the jazz ensemble took its position as lead for a special setlist of jazz-inspired songs. I heard the iconic opening beat to “Take Five” almost as a smooth, yet swift intro to the frenetic energy that was Cuphead’s “Sugerland Shimmy”. Of all the songs played that night, this portion of Cuphead’s iconic soundtrack is certainly the one I had heard the most before. A quick drum pattern, the roaring of brass, everything brought me back to my frustrating but fun nonetheless experience of trying to beat the painfully difficult game that is Cuphead. The song’s pace hastened unwaveringly as it went on, probably in proportion to the amount of stress a player felt as they got anxiously closer to the end of a level. It came as a pleasant surprise then when I could hear how the band deviated from the standard beat of the song and incorporated other jazz motifs, spinning off into an almost new song that was entirely their own. Truly embracing the jazz and big band origins of the pieces, the GME’s jazz ensemble delighted audiences with their own spin on all songs they played, adding a key piece of individuality to an already delightful concert.

The GME wrapped up their performance with a lovely round of appreciation from its conductors and a thanks given to its incredible performers. After two hours of being transported back to old memories and the many worlds as disparate as they are creative of beloved video game franchises, it was time to leave. However, the audience and the GME too are all the better for having participated in one last celebration before summer, a proper sendoff from which everyone can go with a livened perspective and look forward to the next great performance. 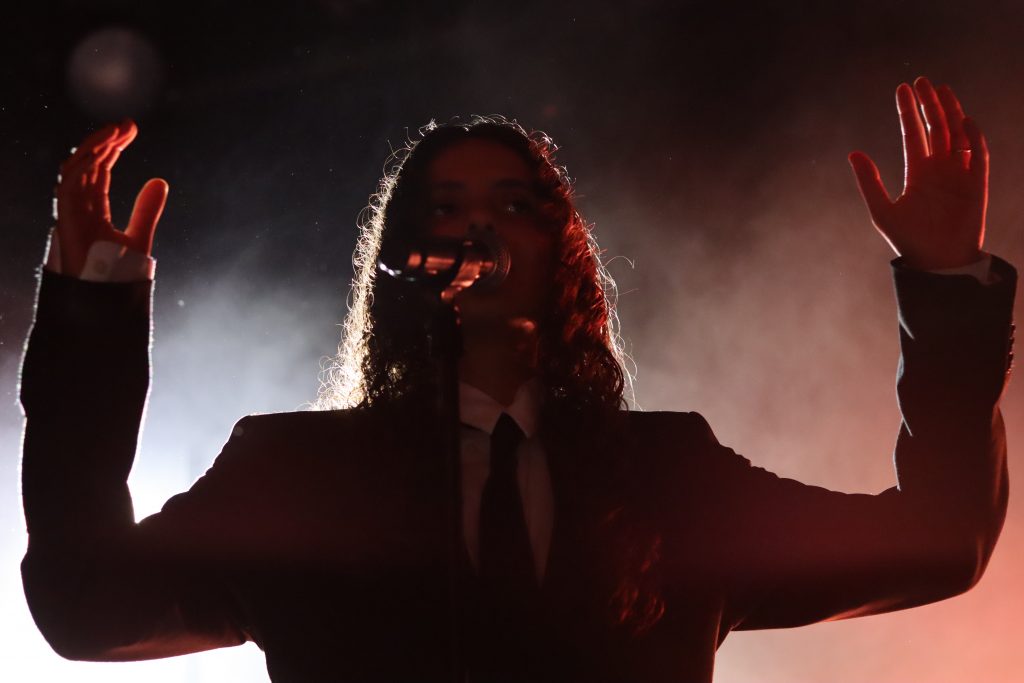 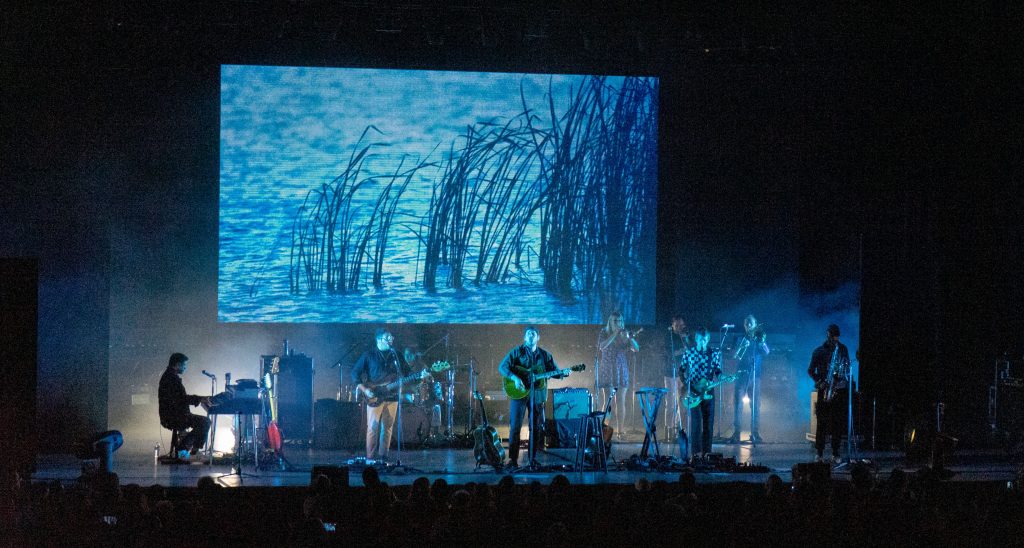 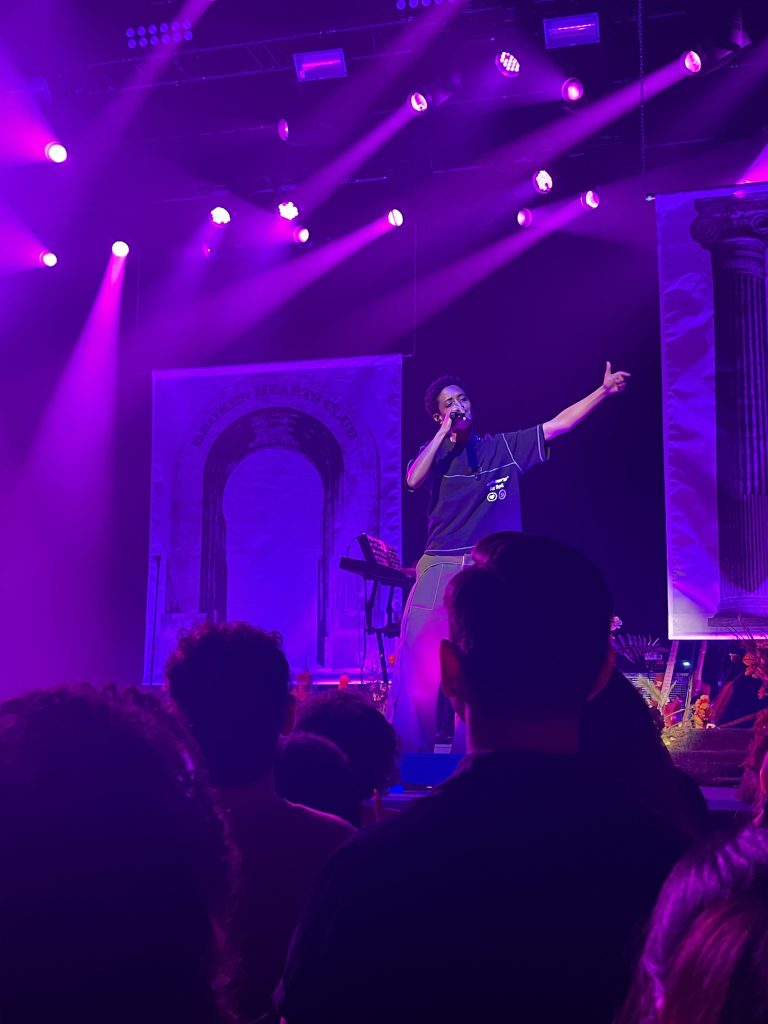