I sat down with Liam Parsons from Good Morning for a quick interview amid their chaotic touring schedule to ask him what his DJ name would be and what advice he’d give to younger musicians. Their new album, Barnyard is out now.

Some of the interview has been edited for clarity and brevity.

Eleonor: Hello, my name is Eleonor. Welcome to UCLA Radio. I’m here with Liam from Good Morning. And since we are UCLA Radio. My first question for you is what would your DJ name be and why?

Liam: Interesting. Sorry. What was the question? Sorry.

Eleonor: Oh, yeah no worries. What would your DJ name be? Like mine for inspo is DJ Gas Break Dip because I’m named after an E-40 song.

Liam: Okay. That’s pretty good. Mine is the Olympics. I don’t know why.

Liam: No, just the Olympics.

Eleonor: Oh I love that.

Eleonor: That’s really good! It sounds cool and unique. Okay. Since you’re in Texas today for the North American leg of the tour how has that been?

Liam: Yeah, we’re just in Austin today. Austin, Texas, just lots of fun. Very hot. I’m really excited to go for a swim after soundcheck. It’s going to be mad going to go jump in a watering hole and cool down because it’s fucking hot.

Eleonor: How hot is it in Austin right now?

Liam: Okay, I don’t know what it is in Fahrenheit.

Eleonor: It’s okay we can do Celsius.

Eleonor: Is there anything about touring that you didn’t expect to happen since you y’all been touring for four weeks? Is there any mishaps or anything that happened so far?

Liam: Not anything too mishappy, honestly. We’re just really trying to not get COVID. Which is like pretty challenging, but we’ve come this far. I’m knocking wood right now, but yeah, I think that’s been the biggest challenge. Other than that, I’m just not used to being out on the road since I haven’t done it for a couple of years. Just sort of getting back into the swing of things.

Eleonor: So far on tour have there been any specific songs you like to perform the most?

Liam: Yeah it sort of changes. Like at the moment I like playing this song $10 a bit and yeah, I don’t know. Yeah, it’s nice getting better at playing the song since we go on. We’re playing better than we were a few weeks ago, which is cool. It’s really nice to like enjoy playing the shows instead of being a bit bummed out or whatever.

Eleonor: Have you noticed if there are any specific songs that your fans really enjoy and they get really hyped in the crowd for?

Liam: I think people really like the older songs, which is fair enough. So things are like Shawcross and stuff. I think people like, but we don’t play too much of it, so I think people are happy to hear an old one here and there along with some newer ones, which is cool, but no, people have been pretty receptive and nice. Most of the set hasn’t had too many duds.

Eleonor: Okay I’m glad! And for you personally, is there one song from your entire discography that you’re extremely proud of?

Liam: I don’t know. I like that song Country a bit like that’s probably up there for me. Yeah. Like sometimes I’m like yeah I’m like happy I wrote it like proudish. But sometimes for other things, I wasn’t satisfied with, I see them as a bit cringe. Like that was a weird choice to make. But I think after a while though, I kind of come back to liking most of them. Always like being like, oh, I can see why I did that. Generally, in time there’s like nothing that I am too embarrassed of.

Eleonor: Since you’re an artist, you make and write music, in what spaces do you feel the most creative?

Liam: I mean we have a studio at home or had I guess we sort of have a recording space that is like where all of our stuff is. So it’s kind of nice to just walk in and have all of our synths there and guitars and things like that. I feel like that’s pretty good. Otherwise, I feel pretty creative. Like, in the shower. I like the beach. Definitely something about water. I don’t know. Maybe the couch.

Eleonor: No that’s a really good answer. Because people think they need to be creative in the most like, wild environments, but really it can be the shower, the couch, in your room, or anything like that.

Eleonor: So this is more of like a deeper question. Do you think your younger self would be proud of where you are right now in your career?

Liam: Yeah, I think we kind of learned pretty quickly that music business or whatever. Like whenever we were kind of like around, I guess industry things, we always felt pretty uncomfortable and we kind of want to bog our own way a little bit and sort of do things on our own terms. So I’m kind of impressed that we’ve kind of managed to carve out a little niche for ourselves, like kind of out of sheer will and just, like hard work. Yeah, I guess we had to do a lot of the things that otherwise would have sort of come a bit easier if we were a bit more like industry inclined. So, yeah, I’m happy that we manage to get to the spot that we’re at for who we are.

Eleonor: So what’s one piece of advice you’d give to younger musicians and artists that you think isn’t told enough?

Eleonor: I was hoping that you would say something about that because I feel like a lot of young musicians just, like, try to grab any opportunity because they think that’s the only opportunity that’s going to be out there for them. So it’s really nice to hear you talk about that. But for my last question because I know you all are really busy because you have soundcheck and I know it’s really hot, but my last question for you is what should fans look forward to from Good Morning this year?

Liam: This year is pretty tour intensive. At least the moment is. And then we’re hopefully finishing up a record, sort of like most of the way through or some of the way through. Yeah, got to get back to work on that. I think we’ll be out on the road and then we’ll be back in the studio. So I really don’t know.

Eleonor: So for Good Morning there’s gonna be concerts and music on the list. We’ll be geeked for any of it. But thank you so much for taking the time to let me interview you during your busy schedule. I saw that y’all are having a show today and I’m like, oh, let me try to fit myself into your schedule real quick so thank you.

Liam: No thank you for taking the time to chat.

Eleonor: Have a great show tonight and I hope you get to cool down.

Liam: Yeah, me too. Thanks Eleonor. 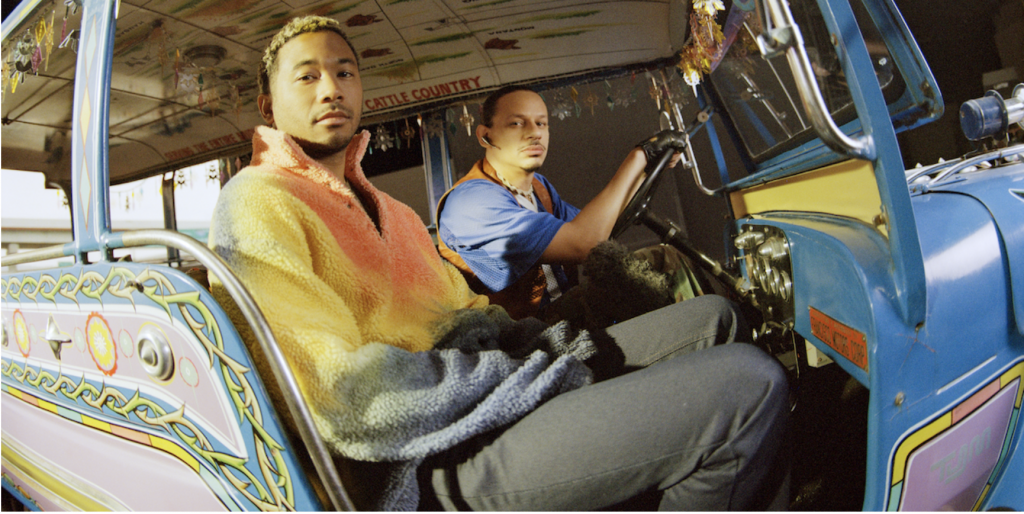 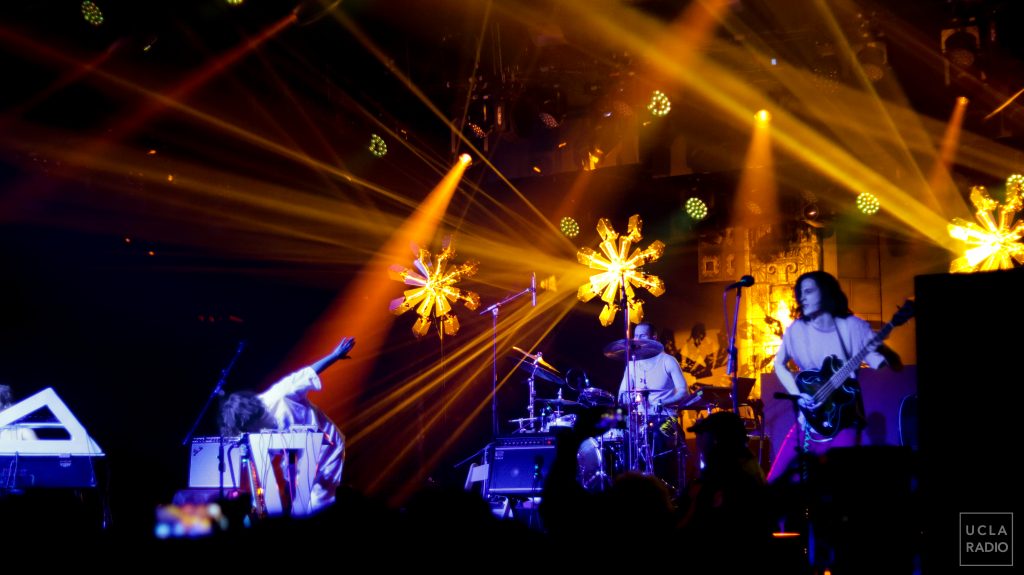