Written by Katrina Weissman on April 6, 2020

Damien Jurado’s new single, “Alice Hyatt,” rejects attempts to perfect the imperfect and urges us to move on.

In May, the prolific folk artist will be releasing his fifteenth album, What’s New Tomboy. “Alice Hyatt” is one of two singles Jurado released this past month to give his listeners a taste of the new work. The single is another soft-spoken folk song from the artist. Its sparse, yet smooth acoustic instrumentation beautifully emphasizes the melancholy in Jurado’s voice and the poetry in his lyrics.

The title of the song seems to be referring to the film Alice Doesn’t Live Here Anymore. The film begins with the death of Alice Hyatt’s husband, which leaves her and her son extremely poor. They soon pack up and leave for California, where Alice dreams of becoming a singer. They stop in Phoenix, Arizona along the way, where Alice gets stuck in a violent, abusive affair with a man living there, before fleeing to Tucson. There, she meets a kind rancher, warily falls in love, and decides to stay in Arizona, exclaiming that she can be a singer anywhere.

The general theme of the film is the ability to walk away from unfortunate situations. To accept the reality of one’s circumstances, and to continue the journey forward towards hopefully better things. Jurado’s lyrics echo this sentiment.”There are things, there are people,” but rather than dwelling on them and their complexities, we must instead, “walk on by.”

In the single, Jurado seems to be applying this philosophy to two people who may care for each other but are not meant for each other. “Michael was the alphabet,” he sings, “Susan was a plate.” They just don’t make sense together, and won’t, even if they strain to mend their relationship. It’s best to accept incompatibility, and move on.

While I appreciate the message and the simplistic nature of the lyrics, they can seem far-fetched and somewhat random at first glance. Initially I felt as though I was pulling at threads to make sense of them. However, with a bit of background knowledge on the film, the music comes together. Ultimately it is the repeated, straightforward lyrics, “there are things, there are people,”  – as if to remind us not to obsess over the complexities of life – that pull us towards a truth of acceptance.

Even the instrumentals seem to have this passive yet sturdy nature. The bass and drums take turns dropping down on each beat, causing the listener to sink into and accept the steady rhythm. They act like footsteps, firmly guiding us through the song’s message. 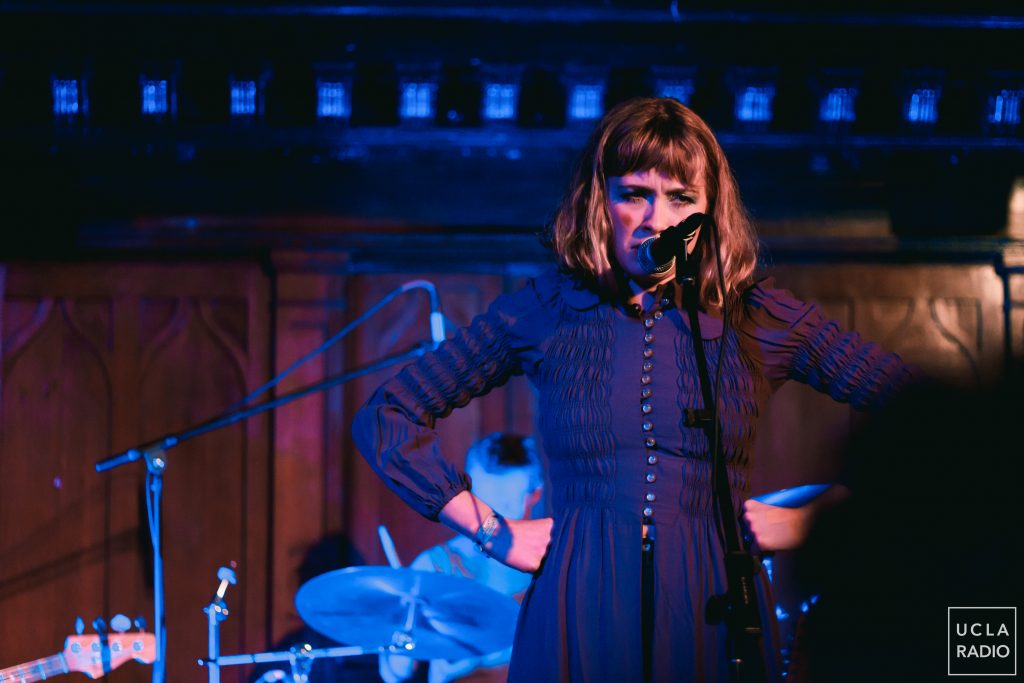